What is Next for The MCU? 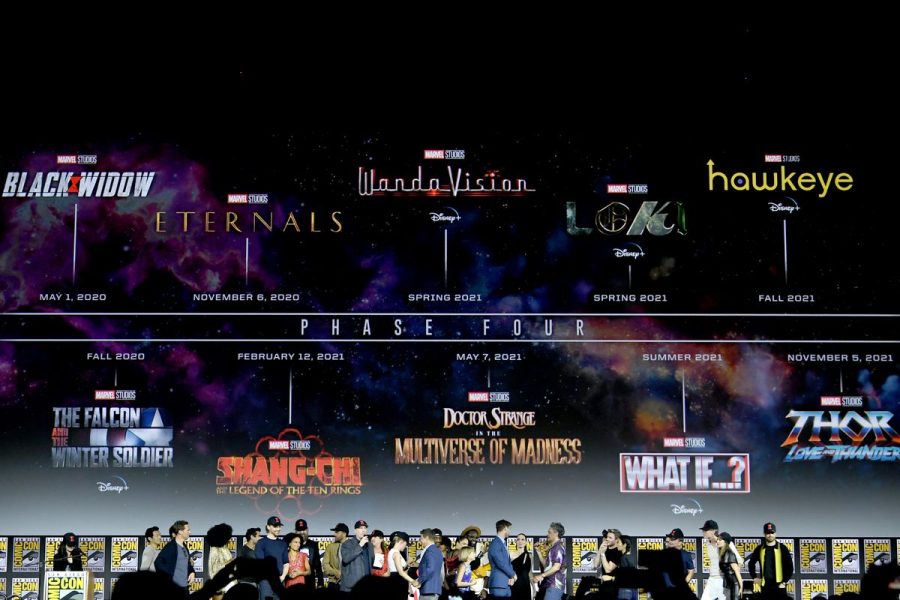 With the release of Avengers: Endgame in 2019, many considered the Marvel Cinematic Universe to be finished and nothing more could be done with it now. However, they couldn’t be more wrong, Avengers: Endgame now seems like a new beginning to the Marvel Cinematic Universe. So, what’s next? Well now that we are now ankle deep into phase 4 let’s see what happens.

Movie-Wise, the films announced as a part of Phase 4 were Black Widow, Shang- Chi and the Legend of the Ten Rings, The Eternals, Doctor Strange: Multiverse of Madness, and Thor: Love and Thunder. The next films will be Spider-Man: Far from Home, Black Panther: Wakanda Forever, The Marvels, The Fantastic Four, Antman: Quantamania, Blade, and Guardians of The Galaxy vol 3 (which will be announced later on).

On top of that, Marvel released a series of shows on Disney+.  Wandavision, Falcon and the Winter Soldier, Loki, What If…? are all available now, and Hawkeye is coming out soon. Just announced, however, are Armor Wars, Secret Invasion, Iron Heart, She-Hulk, A Guardians of The Galaxy Christmas Special, A Groot mini-series, Moon-Knight, and Ms. Marvel.

With what has been announced and the factors in previous films and upcoming films indicate several things. One of the biggest may be the introduction of The Fantastic Four. In the comics, the Fantastic Four pre-dates The Avengers, and after Disney got the rights it was only a matter of time until we saw them in the MCU. However in a world where the Avengers already exist, how can The Fantastic Four leave their mark? Well, make them the New Avengers. The team already deals with some of the biggest threats in the Marvel universe like Dr. Doom, Annihilus, and the Super-Skrull. One of which may become the MCU’s next Thanos.

Another theory is the introduction of The Thunderbolts. All the way back in 2008, audiences were introduced to General Thaddeus Ross, who is Red-Hulk in the Comics, and goes on to found the Thunderbolts–basically Marvel’s Suicide Squad. Baron Zemo, who is a huge part of the team, has also been in the MCU. It may be too early to say, but it’s a very safe bet that The Thunderbolts will be in the MCU.

Lastly, now that the main Avengers are either dead or retired, it may be time to see some youth introduced on the team. The MCU seems to be pointing toward this younger team with the introduction of The Maximov twins: Kate Bishop, and Josiah Bradley. In the Comics these characters are a part of the team The Young Avengers. Or, maybe in the future we will see Iron-Lad and Hulking form a team. We just don’t know yet.

Although the Infinity Saga may be over, a brand new saga seems to be just beginning. And audiences are assembling for it.