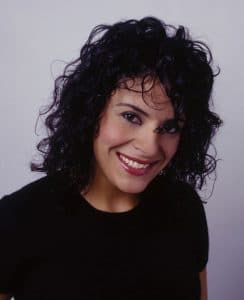 To start off Anti- Bullying week here at EPCHS, the school had a survivor of bullying and activist, Jodee Blanco come in to speak to students about how she got through 5th- 12th grade being bullied almost everyday. In her New York best-seller memoir Please Stop Laughing at Me she addresses what she went through on a daily basis and how to forgive and heal.

Jodee Blanco grew up in Chicago and attended a middle school in Palos Heights and later transferred to Carl Sandburg High School. She spoke to the students about how bullying affected her. Blanco has spoken to over half a million people sharing her story with the world. While here at EPCHS, Jodee Blanco helped students understand how bullying doesn’t always mean the person hates you. It took her 20 years to finally get answers of why her peers acted so vile towards her. When she received an invitation to Carl Sandburg’s 20 year high school reunion, she almost declined. But something in her told her to attend. Jodee says the moment she walked into the gym, she felt the very emotions she felt 20 years ago.  She asked her peers why they would do some of those hateful things towards her, she finally got a reason.

Jodee Blanco says that the “ringleader” of the bullies, Nadia, had a difficult childhood. Nadia’s dad killed himself while she was in the house. The other people that tormented her also experienced difficult lives at home and didn’t know how to take that anger and project it in a friendly way. The lesson that she wanted to teach the students of EPCHS is forgiveness and spirit healing. Her advice was to get back up even when you think you’re at your lowest, and that you will have your heartbroken a million times, but never your spirit.

Senior Melissa Stovall says, “What inspired me the most was how she came up from the people that bullied and how her bullies are now her fans.” For many people, bullying is just a form of “joking around”, but to Jodee it was more than that. Bullying a problem that as a society, we need to work on. As the students of EPCHS wrap up anti-bullying week, they hopefully will pass around love and kindness to each other.