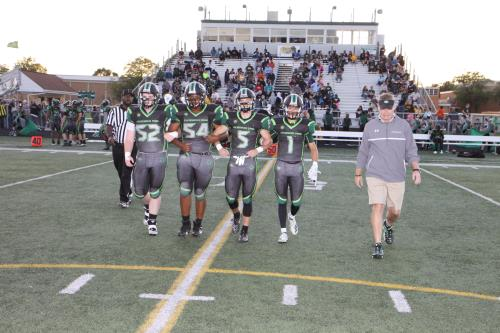 This year for the Mustang Football team was a year full of ups and downs. In week 1, EP went down to Wilmington and took a hard loss, but they  were able to follow up the next week with a 28-20 victory over the Leo Lions. In week 3, EP battled their #1 rival Oak Lawn at home where The Mustangs were firing on all cylinders as they defeated the Spartans 23-0. The next two weeks were tough losses for EP, with defeats to Shepherd and Richards. In week 6 EP, at 2-3, needed a win to stay playoff eligible and they delivered in a 49-0 dredging of the Argo Argonauts. The following week was Homecoming and EP was able to pull out the victory in a hair raising thriller 19-18. In week 7, the Mustangs lost a tough one to the Reavis Rams 21-10. At 4-4, the Mustangs were in need of a win to secure a playoff position. They delivered that win against Oak Forest winning 35-26 and clinching a playoff berth. In the first round of the playoffs, the Mustangs drew the Sycamore Spartans. Even though the Mustangs fought to the end they came up losing the game and ending their season. 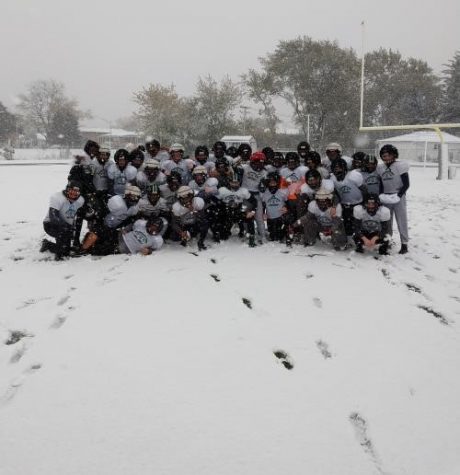 EP graduates a class of 13 seniors. The seniors leave the EP program with an overall record of 19-22 and back to back playoff berths.

When Coach Verde was asked about expectations for the season, he responded, “Yes we met the expectations, we also took the next step forward as a program with 4 conference wins.”  When asked if he had any special words for this years seniors Verde replied, “Very proud, they changed the culture of the program for the better and were catalysts to get the younger players to EP. It’s also crazy how time flies because it felt like yesterday that I was watching Manso rolling out and throwing it up to Wilkerson on a Saturday morning before film.”