The Rose and The Dagger

A The Wrath and the Dawn Book 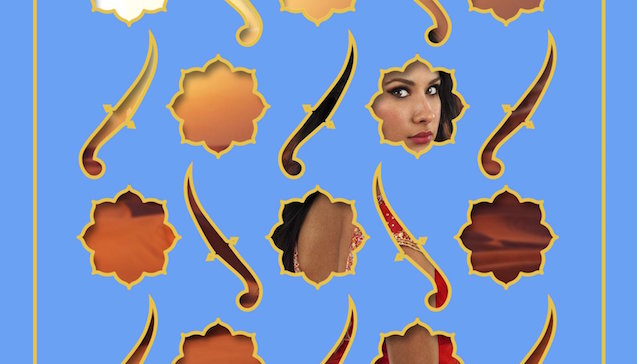 Cover Art from The Rose and The Dagger

Cropped Cover from The Rose and The Dagger

Last year in English 1, I read The Wrath and the Dawn by Renee Ahdieh and I completely loved it.  But actually, I read the second book of the series, The Rose and The Dagger, first.  I selected The Rose and The Dagger in English class when we had to pick a book but as I started reading it,  I was so confused due to not reading the first book. I looked online to see if there was a preceding book and there was.  I went to the Evergreen Park Public Library and got the book. I read the whole series in only three days. It’s one of my favorites that I have read so far and I love how the author writes.  I recently reread the book series because I had read it so quickly the first time. Because I had read The Rose and the Dagger first, as I reread it, I knew what was going to happen before it actually happened. Interestingly, it gave me advantages and some disadvantages.  I definitely liked this book more than the first book because I saw more character development.

In the first book, Khalid was a total different character, he was cold and ruthless.  In the second book, he’s kind and caring, although everyone is afraid of him because of his past.  He is rumored to have killed his ex-fiances, more than one! “Each night he takes a new bride only to have a silk cord wrapped around her throat come morning” (Bio of the first book).  Shahrzad was more shy in the first book and in this book she takes initiative. After being ‘kidnapped’ by her father she does whatever it takes to get back to Khalid.  She ends up getting a flying magic carpet and every night she tries to go to Khalid, of course without her father’s permission. When her father tells her that Khalid is going to war, she doesn’t believe him. Instead, Shahrzad goes on a quest to find Khalid and enlists some help.  She convinces one of his family members to help along with a few others. The problem is that she can only go on the adventure at night when everyone was asleep. One night when she is supposed to run away and go with Khalid, her father stays up and that’s when Khalid comes to rescue her.  Khalid starts a war with her father. However, Shahrzad’s father soon gives up and Khalid wins. He takes her back to his ‘empire’ and they start talking about how much they can’t live without each other because they both wouldn’t be the people they were if they hadn’t met each other. She ends up marrying him and living a better life than what she was living with her dad.

Renee Ahdieh came back to write a second book in the series and made it even better than the first book. I liked the second book better than the first because to me it was more intriguing. My favorite quote was “Words alone are mere scratchings on a page.  The power behind them lies within the person.” I’m leaving the rest for you to find out what happens, but I hope you like it and read it because it’s an amazing and powerful book.